The separation of state and church prove to be beneficial 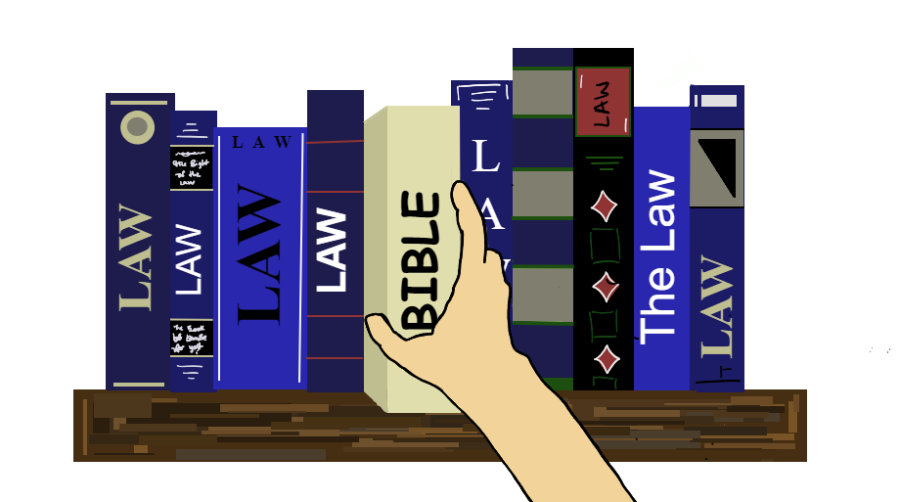 “We think that by using its public school system to encourage recitation of the Regents’ prayer, the State of New York has adopted a practice wholly inconsistent with the Establishment Clause,” said Former Associate Justice of the United States Supreme Court Hugo Black.

Situations like these, where education is impacted by the unification of religion and politics, are only a few of many instances where the lines separating church and state have been blurred.

In the 1962 Engel v. Vitale case, the Union Free School District in New Hyde Park, New York adopted Regent’s prayer as a practice that was to be recited every day alongside the Pledge of Allegiance in public schools. The nondenominational prayer recognizes an “Almighty God” and “dependence upon Thee.” The practice was voluntary and any student that found it objectionable faced no punishment.

Steven Engel, a Jewish man, alongside a group of parents, argued that the law was a violation of the First Amendment and sued William Vitale, president of the school board. While it explicitly states in the First Amendment that “Congress shall make no law respecting an establishment of religion, or prohibiting the free exercise thereof,” the lines differentiating the two are unclear.

The majority reasoned that voluntary recitation was unconstitutional as the First Amendment was established to prevent the interference of government and religion. It was noted that the state should not impose a particular belief system as Americans adhere to various beliefs.

Hartford Institute estimates roughly 350,000 religious congregations in the United States. “Of those, about 314,000 are Protestant and other Christian churches, and 24,000 are Catholic and Orthodox churches. Non-Christian religious congregations are estimated at about 12,000.” Religious freedom, as reinforced by the separation, allows individuals to stay faithful to their true beliefs, rather than conforming to government or law. It has allowed a multitude of religious practices to take form and grow.

On April 27, 2016, Tennessee Governor Bill Haslam signed the 1556 Senate Bill into law. The bill “maintains liability for counselors who will not counsel a client based on the counselor’s religious beliefs.” By enforcing religious beliefs in the working atmosphere, the bill acts as a means of discrimination towards certain individuals and those a part of minority groups.

Religious freedom allows for personal choice and the freedom to choose whether or not to have a religious faith. Religion itself can be seen as a source of identity. Members of religious groups have different connections to their faiths, whether that be rituals, festivals, sermons, prayers or commemorations. Religious practice also varies among individuals. An individual may be a part of a religious group, but chooses not to participate in the practices, while others reject religious beliefs completely.

After a draft of the Supreme Court opinion about overturning Roe v. Wade was leaked, many religious groups shared their views on abortion rights. The polarized issue sparked strong opinions and anti-abortion, more commonly referred to as pro-life movements to rise.

In considering religious affiliation, certain groups have expressed their opposition to the legality of abortion. In his book, Evangelium vitae, Pope John Paul II states that “Every threat to human dignity and life must necessarily be felt in the Church’s very heart […] and engage her in her mission of proclaiming the Gospel of life in all the world and to every creature.” He goes on to say that “this proclamation is especially pressing because of the extraordinary increase and gravity of threats to the life of individuals and peoples, especially where life is weak and defenseless.”

Those who affiliate with such beliefs often vocally apply their theocracies to societal issues, crossing over the boundary of state and church. In some instances, these beliefs developed into violent attacks. According to the Feminists Majority Foundation, reproductive health and abortion clinics within them U.S. are under attack, as “There have been thousands of violent incidents including blockades, invasions, chemical attacks, arsons, bombings, death threats, shootings, sniper attacks, and cold-blooded murder.”

Legalizing and establishing laws that are put forth with religious influence have proven to impact everyone. From restrictive freedom of expression to imposition of faith, the unification of religion and politics proves to be detrimental. It is essential that the lines separating church and state are strengthened, in order to protect both religion and government.

All schools, including Bonita Vista High must adhere to Federal Education Laws which ensure the right to a quality education for students from K-12. If the government established laws influenced by religion, the education system and curriculum could suffer a vast change. In order to prevent such changes, we must reestablish the true meaning of religious freedom by protecting  people’s rights to follow their own beliefs and prohibit enforcement of a single belief system.