Improv club performs at BonitaFest for the first time 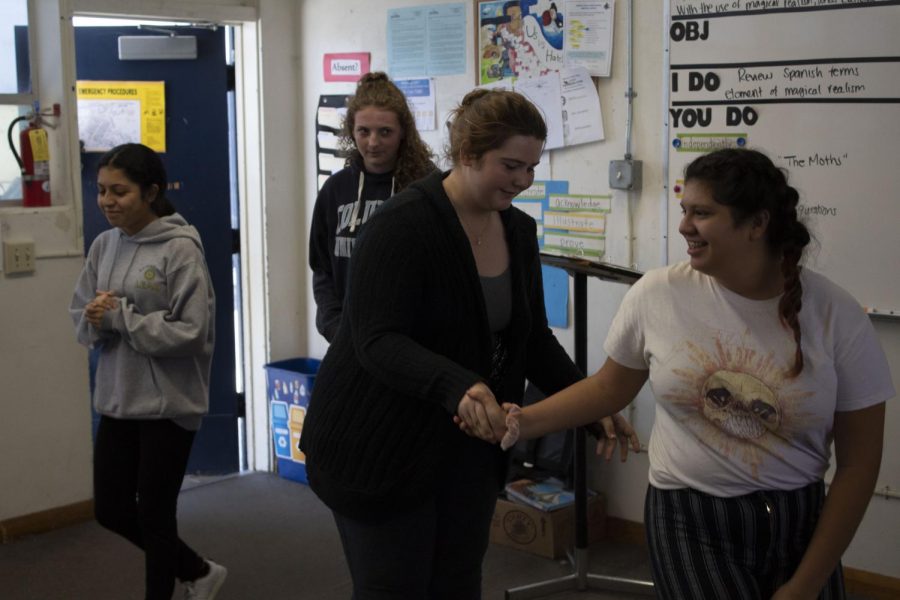 BonitaFest is an annual event based in Chula Vista, where this year’s celebration lands on Sep. 21. It is a cultural occasion that celebrates community involvement with various family-friendly activities. This year, BVH’s very own Improv club will be performing for the first time at the BonitaFest among the different entertainment acts.

“This is a good way to [tell] everyone [to] join Improv and say that we are here to come and join us. It will be fun,” President of the Improv Club and Vice President of the Drama team, Dana Tween said.

The Improv club has previously rehearsed for events similar to BonitaFest. In order to prepare for the event, the Improv Club has been working afterschool, practicing to advance their improvisation skills in the acting world even with assistance from a professional.

“Last year, we would stay after school and we actually hired a professional to help us with our improv. We were supposed to have fun [but]  there’s still a lot of practice and hard work still goes into it,” Junior Treasurer of the Improv club, Renee Fagan said.

This will be the 47th annual BonitaFest hosted at BVH, the Improv club is just now participating in the festivities due to miscommunication with the event coordinators and a lack of information on the event’s timeline.

“[This year] we were given the right contacts even though I was late in the application process [due to unknown deadlines]. Then I was given an email this past weekend that I have the green light,” Said Rosamaria Sias, advisor for the Improv club, teacher for the Drama Department.

With this performance, the Improv club is not worried at all. They have already worked hard in the past and with a week of extra stage performance practice they plan to do their best as a team in front of a class audience of 50 students.

“This will be really good practice for them because they are going to be in groups and I’ll have them compete with the students that are new to [improv]. It’s such a large class, the drama students in the audience will offer suggestions to work with,” Sias said.

As the event nears, Improv members join the club for different reasons. According to members, they join to prepare for events as popular as BonitaFest or to help out a teacher.

“I heard about the improv club because [of] Ms. Sias. I was in her period 6 english and she told us to move some tables for her because she was going to have Improv club come in and I wanted to stay and [watch]. I went to the first meeting and decided to join,” Fagan said.

When asked what she liked about improv club, Fagan was enthusiastic. She described how much she enjoys collaborations and freedom the club possesses.

“My favorite thing about improv is the creative freedom because you can literally do whatever you want because it’s all on the spot. Also, being able to hang out with my friends and [doing]  fun things with my friends over the weekend,” Fagan said.

Due to more understanding and experience, it is likely to see the Improv club again at the event next year.

“The more exposure these students have, the better. [The team] needs [more] practice when they have to perform in front of a larger audience or when specifically our main goal is to be ready for the tournament are the end of the year. A live audience is always better than classmates or during practice afterschool or lunch,” Sias said.

Being a drama advisor for four years and improv advisor for its first year, Sias is proud and excited for more. She knows how hard they have worked to prepare for any event or audience and expresses that talent comes from within the students as well as rehearsing more to perfect the talent.

“We’re excited, not nervous because I know that there is preparation on our part that we could do. It is what it is. It’s called improv. The students have to think creatively [and] on the spot that day and they’ll be fine. I have confidence in them. They’re great kids.” Sias said.