The flawed approach to the 2020 AP exams 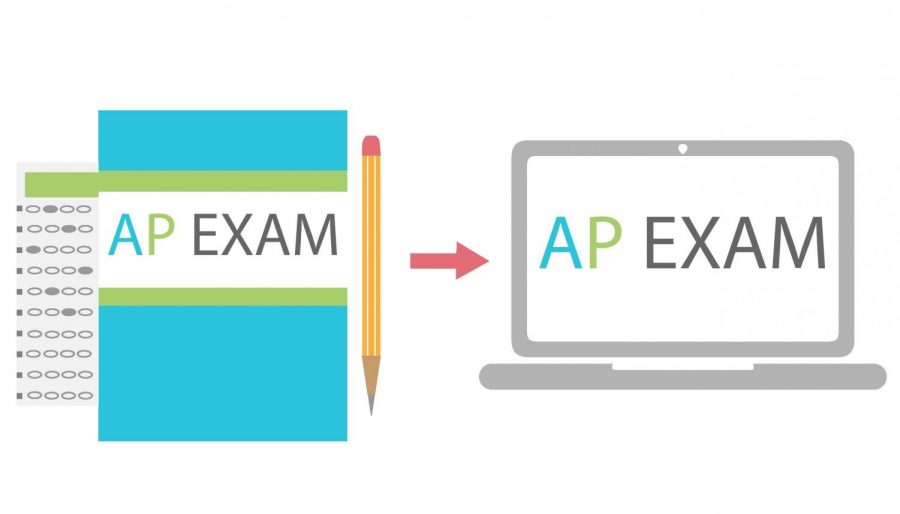 Before the 2019-2020 school year, Advanced Placement (AP) exams followed a familiar routine. Bonita Vista High students would complete them on campus with in-person proctoring. All of the tests would be on paper, and the majority of them would include a free-response question (FRQ) section as well as a  multiple-choice (MC) section — ranging from two to three hours in total.

With the national stay-at-home order, however, the College Board was forced to alter this format to make tests available to students at home. As reported by USA Today, the new format consisted of 40 to 50 minute online FRQs that were open note and excluded content that would have been taught after March 2020. The testing window ran from May 11 to May 22. Unfortunately, this year’s changes made the AP exams an arguably poor indicator of student performance.

Considering the condensed nature of the tests and the removal of the MC section, significantly less content was covered by this year’s AP exams. This represents a substantial change that made it difficult to truly assess student understanding of the curriculum. According to Dominique King, senior at Green Bay’s Preble High School, “We’ve had the same test format for the last two or three years. It’s hard to change it so fast.” Despite all of the changes that occurred, some tests have changed more than others.

For instance, AP United States History has been cut down to include a single document-based question (DBQ). While some students may have been glad to know what to focus on when studying, it is unrealistic to expect that a test with only a single section would be an effective evaluation of a student’s understanding of hundreds of years of history. In general, there is no way one or two questions could gauge an understanding of almost an entire year of learning.

In addition to a shortened format, the new online tests exacerbated inequalities among test-takers. This is because it involved accessing an e-ticket, writing responses on a separate document or piece of paper and submitting the responses electronically — all of which requires internet connection and access to an electronic device. Robert Schaeffer, executive interim director for American educational organization FairTest states that about 1% of students were unable to submit their AP exams so far this year. This may not sound significant, but it totals up to around 20,000 students. Moreover, the demographic that was likely affected the most were low-income students with a poor internet connection and unreliable browsers.

At some schools, that 1% average was even higher. For example, Fox Chapel Area High School teacher Kristine Yacamelli reported that “a fifth of her 55 students were unable to upload photos of their written work during the AP Calculus exam […] before time ran out.” Based on the information provided by the College Board website, students who were unsuccessful in submitting their work could send their answers through email immediately after the exam. However, since this was announced after the first week of testing, those testing from May 11 to May 15 needed to request a makeup exam in June.

The inequalities were not solely limited to an internet connection, either. For instance, as furthered by USA Today, Japanese students taking AP Chemistry tested at 3:00 a.m. Not only this, the suitability of a student’s home for test-taking also heavily varied. Students living in loud urban environments, students with large families and students with several pets may have had more difficulty concentrating during their AP exams.

Some may say the tests should have been cancelled entirely. However, this probably would have caused even more backlash, especially considering that a College Board survey revealed 91% of students still wanted to take the exams.

AP exams are standardized tests intended to measure how a student would perform in college, but fulfilling that purpose with the format used this school year wasn’t possible. In the midst of a global pandemic, it is essential for the College Board to not forget about its students. While continuing the AP exams was a step in the right direction, their approach did not maximize student opportunity. Nevertheless, these mistakes will hopefully guide them towards ensuring student success in the future, even through tough circumstances.