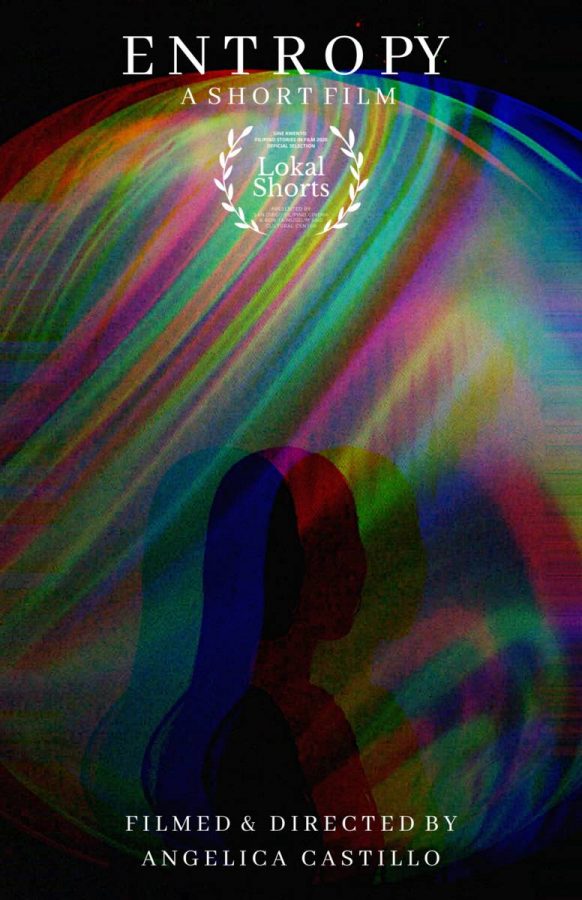 Senior Angelica Castillo submitted her short film “Entropy” to the Sine Kwento: Filipino Stories in Film Art competition. Her film was declared a finalist in the competition.

Bonita Vista High (BVH) senior Angelica Castillo has worked with photography and web design to complete her artistic endeavors. Recently, she is taking her interest to new heights through filmmaking.

“[My passion for film] started with my favorite place being the movie theaters,” Castillo said. “When my AP 2-D Art and Design teacher Mr. Lim brought up this film contest open to everyone in San Diego, I decided to give it a shot.”

Castillo’s pursuit in filmmaking however did not come to be something she would try out until she was introduced to the Sine Kwento Film Festival by 2-D Digital Art teacher Edwin Lim. Lim first noted Castillo’s potential in the digital arts after her success at the San Diego County Fair’s digital arts competition.

“She has the gift,” Lim said. “There was a Sine Kwento […] exhibition by the San Diego Philippine Society, so I told her about the exhibition [and] I was very pleased [with what] she created.”

“I knew that she had an eye for photography,” Bagaporo said. “A while ago, I knew that she took a lot of portraits of [her] own friends with her camera, but I didn’t know about her passion for filmmaking until [this] school year when I found out that she won a filmmaking competition.”

Castillo cited her inspiration for filmmaking derived from the lack of female People of Color (POC) in the film industry.

“Some time in the middle of high school […] I started noticing that a lot of my favorite movies were directed by white males,” Castillo said. “I think that there could [be] more diversity [for] more POCs.”

As someone who identifies as a Filipino woman themselves, Bagaporo resonates with such sentiments made by Castillo.

“I’m glad that she’s pursuing a career in the arts,” Bagaporo said. “Especially as a female, a woman of color and as a Filipino, it’s nice to see that she’s going for something that she wants to do.”

While the future is uncertain, many people close to Castillo think something could come out of her passion. Lim describes how Castillo will go on to pursue a four year arts degree in college. While Bagaporo adds that they would go watch Castillo’s next project. As for what the future holds for Castillo in filmmaking, she would like to keep her options open for now.

“I’ll stick to more short films, but you never know,” Castillo said. “I like keeping it as a hobby right now. Maybe [I will] take a couple film classes here and there, but we’ll see how it goes.”