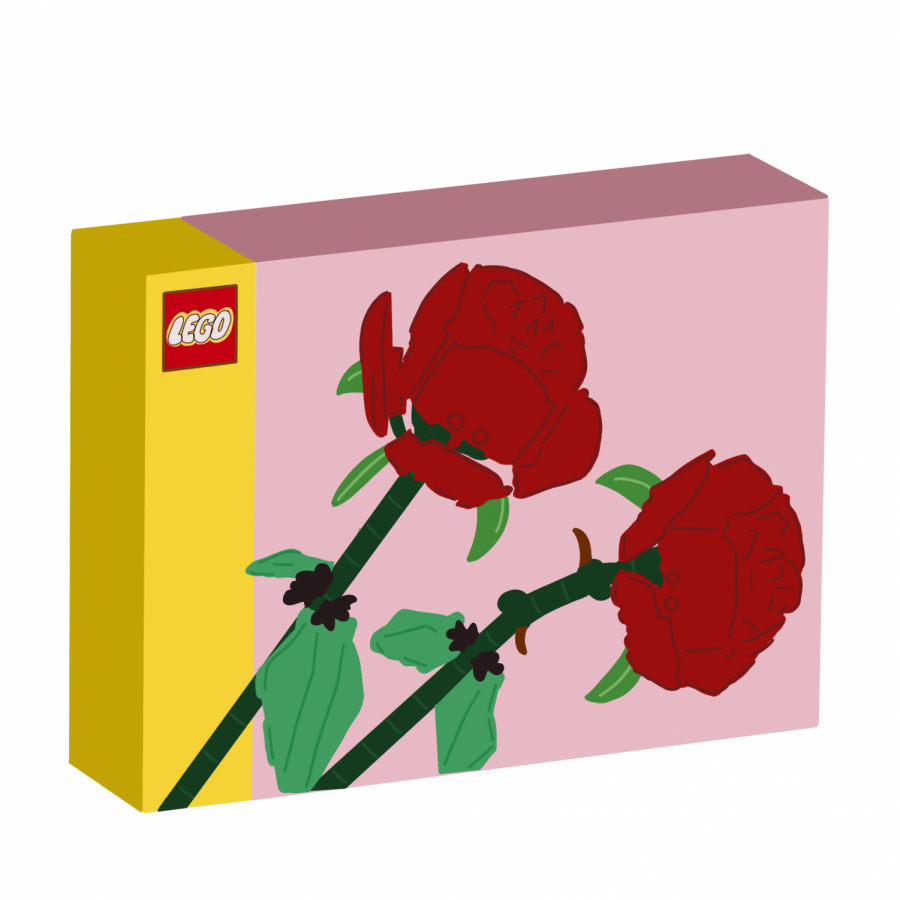 Playing with Legos is a selfless act of self-care that provides people the opportunity to relieve stress and worries.

For the longest time, I’ve always thought that playing with interconnecting plastic bricks, otherwise known as Legos, was for kids. While playing with Legos fosters creativity and persistence within creators, I thought that building Lego sets was not only time-consuming but also a waste of time. It wasn’t until recently that I understood the significance of interacting with Legos, for it relieved the overwhelming stress I was feeling due to responsibilities from school.

Growing up, I’ve never really played with Legos; I thought they were mainly for boys. As a young girl, I would play with Barbie dolls, kitchen toy sets, Play-Doh, Rainbow Looms, Tamagotchis and more.

Two weeks ago, my friends and I went to the mall. While eating our food, we saw a Lego store nearby and went inside. While looking around the store, the Lego set that features a pair of flowers caught my attention. Unlike other Lego sets, the product was inexpensive so I decided to buy it.

A few days later, despite having an extensive to-do list, I took the initiative to start my creation. While it was difficult, it proved to be a liberating decision.

As I opened the pink and yellow colored Lego box, I felt a rush of excitement; it’s as if all of my worries magically vanished. After opening the package, I was greeted by red, green, black, gray, and brown lego brick pieces, accompanied by the instruction manual.

First, the instructions told me to sort the pieces by color. Afterward, it was time to start interlocking the plastic bricks. The instruction manual guided me from start to finish. I lost track of time, feeling so engaged during the process. About forty minutes later, I finished constructing one of my first ever Lego masterpieces: two red roses.

I felt proud and accomplished, but most importantly calm, rejuvenated and stress-free. I realized that my preconceived notions were wrong—they were misconceptions.

Yes, playing with Legos made me feel creative and determined. Although the process was tedious, I was motivated to finish building the legos as soon as I started it. I now understand that crafting creations with Legos isn’t a waste of time. It was a meaningful experience that helped me escape from feelings of pressure and anxiety to get assignments done.

Choosing to build lego sets was an act of taking care of myself. Overall, I think I made the right decision because I chose to prioritize myself and uphold my mental health.

Legos aren’t for kids; they’re for everyone, regardless of one’s gender identity or age. Outside pressures are challenging to endure, but we must not forget to make time to dedicate ourselves to activities we enjoy. Prioritizing our own well-being isn’t selfish, it’s a selfless act of being kind to ourselves.