The faces hidden behind the screen

On Sept. 21, the Sweetwater Union High School District announced that distance learning will continue for at least the rest of the semester. Although distance learning protects the physical health of students, teachers and staff, it has also brought feelings of loneliness and isolation due to a lack of social interaction. For some teachers and students, turning one’s camera on during live class sessions can compensate for this disconnectedness. In fact, certain teachers have expressed their hopes to see increased engagement when it comes to seeing students’ faces.

“I miss seeing my students every day, interacting [and] building relationships with them. [Before], I [could] see how students react to [what I teach], [but] a lot of information [is] lost because of distance learning,” English 9 Accelerated and International Baccalaureate (IB) English Higher Level (HL) 1 and 2 teacher Raymond Chhan said. “I do think that [distance learning] is the best option given the current state of things, but it doesn’t replace in-person learning.”

Unlike in-person learning, distance learning diminishes the ability for teachers to read their audience and receive clear feedback from their students.

“In virtual [classrooms], I do not see their faces, their facial expressions and their body language,” Human Geography teacher Laura Lowery said. “I really have no feedback on whether or not there’s comprehension [or] engagement.”

According to Accelerated Biology and IB Environmental Systems and Societies teacher Jennifer Ekstein, students’ willingness to turn on their cameras and show their faces varies by grade levels, their mood and the number of people present during a video call.

“Freshmen are very timid; [they] don’t know each other. I think juniors are more likely to show their faces because they know people that are in their class. I think it varies even by mood. If a student isn’t feeling it, they’re not going to put their camera on,” Ekstein said. “I think it varies widely, even day-to-day. In small groups, they’re more likely to show their faces than in larger groups.”

For some teachers, a blank screen filled with black squares and a student’s initials contributes to the lack of connection between teachers and students at BVH — which, according to Chhan, leaves him to question his teaching techniques.

With some students refusing to turn their cameras on, teachers fear that when BVH does end up reopening, they might not recognize who their students truly are.

“I miss seeing students’ faces. I want to know [what they] are like, and that’s one of my biggest fears. When we get back to school, I’m worried that I’m not going to know my students’ faces and who they are,” English 10 Accelerated, IB English HL 1 and Theory of Knowledge teacher Kalie Espinoza said.

“I find that I feel really good [when students show their faces]; it makes me happy. It’s just a really positive thing to feel like you’re actually connecting with someone,” Espinoza said. “Now, I’m teaching to a blank screen. So skills [such as] listening to feedback and paying attention to verbal cues or nonverbal cues— I don’t get to use those skills to make sure that [my] message is coming across.”

In addition, Chhan details that an increased amount of students showing their faces not only motivates him to teach but all in all makes distance learning easier.

“[Seeing students’ faces] definitely [motivates me to teach] like 1,000,000 percent. When I can see students, I get a lot of affirmation [such as] the nodding or shaking, and it just makes [distance learning] easier. It’s such a good feeling,” Chhan said. “We’re already lacking in social interaction and this just pushes that even further.”

Ultimately, Lowery describes seeing students’ actual faces and facial expressions overall as a gratifying experience. She furthers by saying that when students’ cameras are turned on, she feels relieved to see that students are listening, engaged and thinking about what’s happening in the virtual classroom.

“It’s very rewarding to get a smile, to get a laugh, to get a head nod and to get a confused look. It’s fulfilling and rewarding to get those facial cues,” Lowery said. “So at the end of the day, I don’t have that satisfaction [when I don’t see students’ faces]. I actually have a lot of confusion and a lot of emptiness.”

Despite the challenges associated with students not showing their faces, teachers understand the struggle that students face when choosing to turn on their camera or to simply stay hidden behind a black screen with their initials.

“Student privacy is super important. I can live and I can manage; I’m an adult, I’m a teacher and professional. I’m able to make it work without [students turning on their camera] because I don’t want to intrude upon student privacy. And I don’t want any students [to] ever have to feel anxious or stressed out, because I’m the one forcing them to turn on the camera,” Espinoza said.

All in all, some teachers believe that more students turning on their cameras helps establish a sense of community among BVH students and staff that is fundamental in the long term given that BVH could remain under distance learning beyond the first semester.

View Comments (1)
About the Contributor 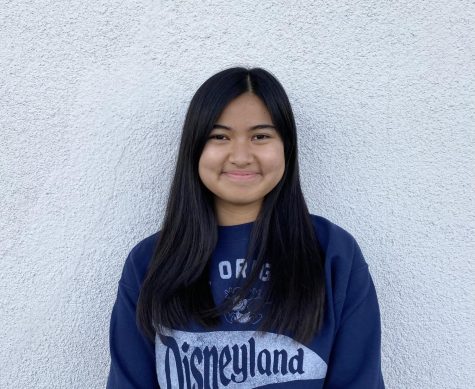 I am a senior at Bonita Vista High and a third year staff member on the Crusader. This year, I am co-Editor-in-Chief, and previously was Opinion Editor... 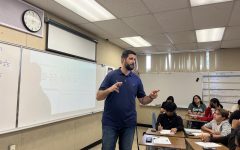 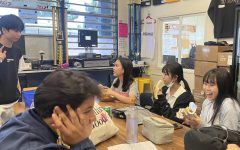 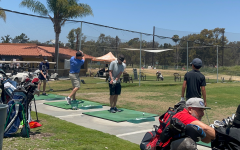 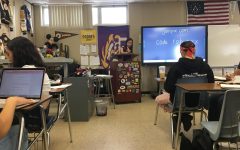 Teacher by day, student by night 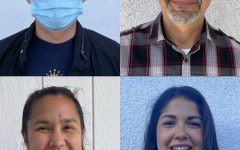