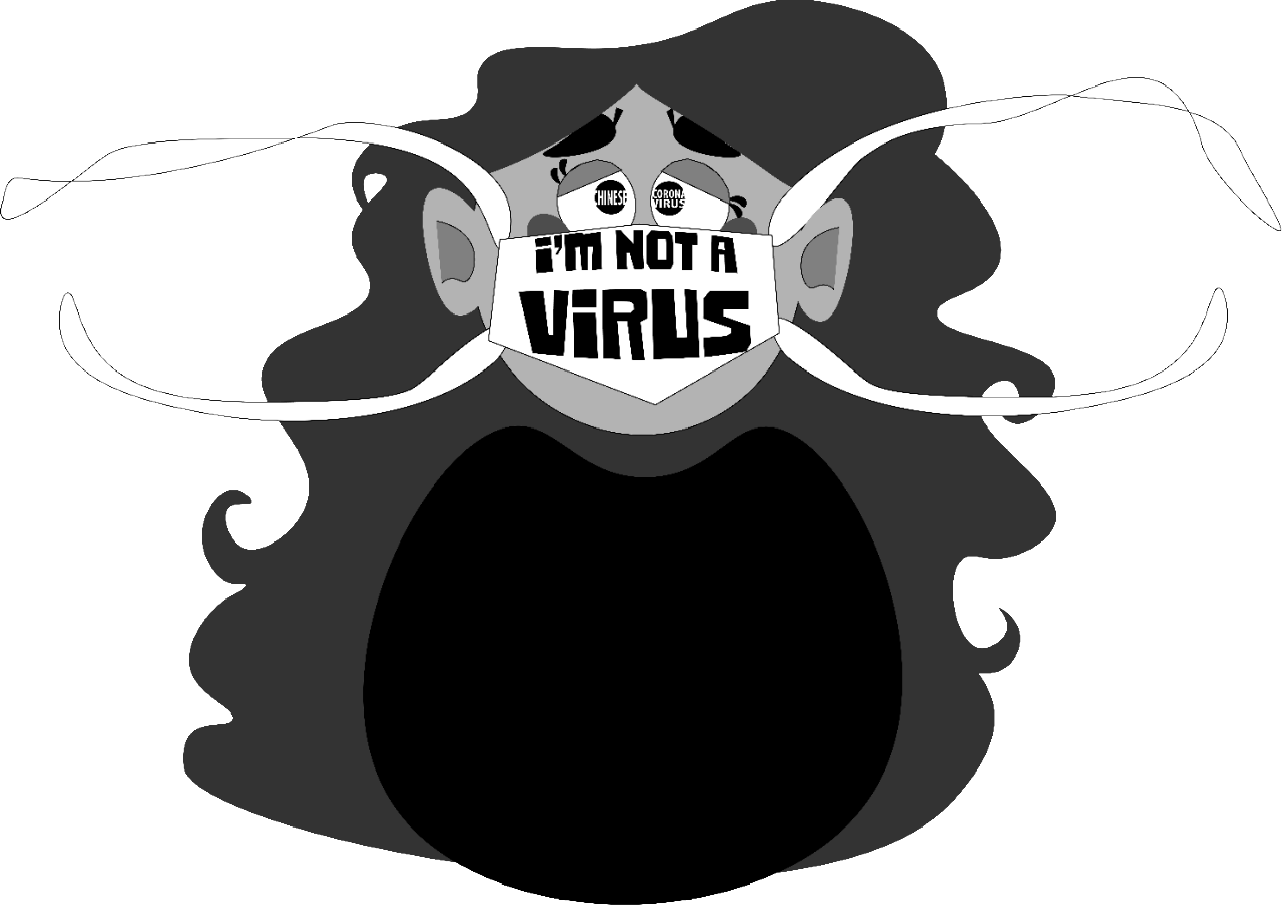 The Coronavirus outbreak is no excuse to be xenophobic

With the sudden and rapid outbreak of the virus COVID-19, commonly known as the Coronavirus, many students are experiencing immense feelings of uncertainty as to what the future holds. The Coronavirus, which can be traced back to the Chinese city of Wuhan, has become a pandemic as it spreads around the world. Coughing, shortness of breath, fever and in some cases, death, characterize the Coronavirus—instilling a large sense of fear. However, this immediate influx of fear has begun to promote prejudice against people of varying ethnic backgrounds. This is known as xenophobia, and in light of COVID-19, it is especially targeted towards Asian-Americans.

“In Indiana, two Hmong guests were harassed and barred from staying at first a Super 8 [hotel] and then a Days Inn. In another incident, an Asian teen in California was bullied, assaulted, and sent to the emergency room due to fears surrounding [the] Coronavirus,” reports Kimmy Yam from NBC News.

Without a doubt, COVID-19 is alarming. As of March 16, the World Health Organization confirmed 167, 511 cases globally, with 6,606 deaths in total. To prevent the spread of the virus, restaurants, bars, schools, and areas for public gathering have been temporarily suspended in many countries.

These statistics translate to fear in today’s media. Instagram, Snapchat and other forms of social media have given this virus severe global exposure. Merely searching ‘Coronavirus’ on Google brings up hundreds of headlines. Sadly, while COVID-19’s influence is already causing global chaos, it still is a priority for society to blame the outbreak on someone.

Jokes about the Corona brand beer have quickly spiraled into jokes about Asian-Americans. Due to the notoriety the virus has acquired, it is unfortunate to see that the Coronavirus has become a haven for fueling racial slurs — representative of the rapid pace internet memes typically spread around the world. Keep in mind, this is in the midst of the death, fear and states of emergencies that have been declared worldwide.

A virus knows no sense of racial stigmatization, it just attacks. So why should the people?

“Not many people have the necessary sense of open-mindedness or will to understand and accept the truth, so for the most part they remain ignorant and complacent which gives space to cultivate the hatred and fear that xenophobia stems from,” Bonita Vista High (BVH) senior Richzeska Fandino said.

Fandino has experienced a variety of instances of xenophobia as an Asian-American, allowing her to understand the impact that xenophobia can have on an individual and the community.

“Communities have largely been impacted by the xenophobia caused by COVID-19 as there has been a clear decrease in the number of people patronizing Asian American businesses such as restaurants, supermarkets, and more. I personally visit the Convoy district—which is arguably San Diego’s Asian food hotspot—every week and the atmosphere of the community isn’t the same anymore since there are less people and more hostility or unease lingering in the air because of the fear,” Fandino said.

A pandemic is no reason to encourage racism. While the Coronavirus originated in Asia, the spread of the virus is independent of race. No valid scientific evidence can justify that all Asian-Americans are infected. Since the Coronavirus spreads from person-to-person, anyone can contract it, regardless of race.

In light of this sentiment, Harvard Health Publishing contributor Todd Ellerin, M.D. stated that “there is no reason to suspect that packages from China harbor COVID-19. Remember, this is a respiratory virus similar to the flu. We don’t stop receiving packages from China during their flu season. We should follow that same logic for this novel pathogen,” Ellerin said.

Oftentimes, xenophobia can appear as a natural response to pandemics, as there has to be something to blame for the spread. Unfortunately, an immediate factor that is attributed to the spread of an infection is the place it came from—and location is most closely associated with the people who occupy it.

Natalia Molina, an American history professor at the University of Southern California states in a Vox interview, “We’ve always used race as an organizing principle to define problems in the economy, problems in the culture, problems in the political domain. When there’s a pandemic, or any kind of health crisis, our existing ideas about race naturally shape how we process and frame the situation.”

However, it’s important to realize that racial stigmatization will not help the issue, which can only be directly solved in the context of science: medication and personal hygiene.

“We need to focus on behaviors and practices, not specific population groups. We need to talk about geographic zones, but we can’t map the disease onto certain bodies based on race and appearance—that’s not going to be helpful,” Molina said.

At BVH, a community of highschoolers who are no stranger to social media, 32.7% of students have experienced the term ‘Coronavirus’ being used in the context of racism, either on the internet or at school.

“There has been a common thread of what some of the ‘punch lines’ are based off of, such as someone shouting out, ‘corona!’ when they see an Asian person cough or sneeze. In addition, there have been a number of social media posts that target Asians where the person who’s recording shouts a racial slur followed by other forms of verbal abuse in the hopes of gaining some sort of comedic effect from it,” Fandino said.

As a result, xenophobia—and verbal racism for that matter—can have a significant impact on a community. It creates a sense of distrust and a lack of connection among the people.

Celine Tien in the New York Times opinion editorial, “I’m Chinese. That Doesn’t Mean I Have Coronavirus,” states that “The Coronavirus is serious. It is worth taking protective measures against. I am also wary of it. But in the past few weeks, I’ve learned to be fearful of things possibly more contagious than COVID-19: racism and the silence of those who witness it.”

In the context of how deadly pandemics can be, racism is a futile instrument. A pandemic is no excuse to instigate any form of racial fear-mongering. It’s a common trend; according to Roger Keil of the environmental department of York University,  diseases that have originated in China and Africa—SARS and Ebola, respectively—correlate with xenophobia. Yet, neither H1N1, which emerged in North America, nor mad cow disease, which primarily impacted the United Kingdom, produced racial discrimination of the same level.

A blanket of racism has always held an ominous presence over centuries of nationalistic ideologies advocating for uniformity. While its roots are wildly entrenched in the mechanics of society, even today, the potential for a paradigm shift is always going to rest in the hands of the people.

“With this new virus, something was triggered that is always latently there, under the surface, which is this fear of the other and the idea that bad things come from elsewhere,” Keil said. “To combat racism, people in the public eye have to begin by uncoupling the disease from its origin point.”