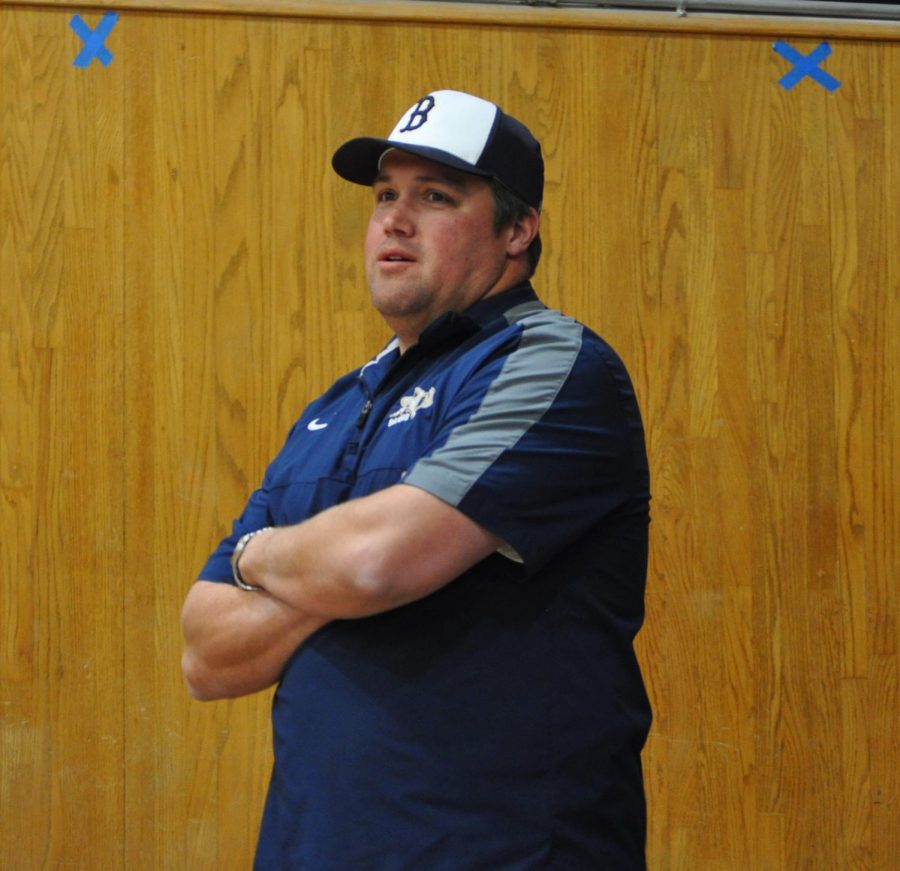 “This is my tenth year as a head coach [in the district] and sometimes when a head coach comes in with years of experience, they typically have a coaching staff that comes with them. You see that in the college ranks, the pro ranks and even at the high school ranks. I have [coaches] that have been with me for almost 10 years and obviously I wanted to bring them with me if they wanted to, and I am fortunate that a lot of them wanted to come aboard,” Arciaga said.

One of the coaches that Arciaga brought with him is new varsity Offensive Line Coach Michael Albright. Arciaga and Albright have been working with each other for the last 10 years at both SYH and MVH and they feel as though their relationship has grown over the years.

“[Arciaga and I] both have a lot of trust in each other,” Albright said. “I think over time he has trusted me with some play-calling. He trusts my opinion and I value his, so I feel like we have [created] a great relationship and have become very good friends.”

Arciaga wants to recruit coaches he previously worked with in hopes of a more consistent coaching staff. He feels that by having more uniformity in the coaching staff and having an understanding of how to work with one another, they will be able to alleviate possible issues that could come about throughout this upcoming season.

“[By having a consistent coaching staff], I think it promotes some stability since all those coaches know how to work together because they have worked together multiple times. They understand what I’m about, our program philosophy and agree with it and understand how we want to work with the [players],” Arciaga said. “One of the worst things that could happen is when you have coaches or adults arguing in front of [players] and it creates issues with students thinking there is turmoil within the coaching staff.”

Junior and varsity Defensive End Justin Locke looks at this change in a positive light. He sees the addition of new coaches including Head Coach Arciaga to be beneficial for this upcoming team.

“I am very excited [for the upcoming season]. Coach Arciaga brings a lot of experience to Bonita, he played at Bonita so he has a lot of love for the school, the team and he also has a great staff,” Locke said. “When change happens you just have to roll with it and stay positive. I am very excited and so is the team. We have a great group of coaches.”

Arciaga and Albright believe that their biggest struggle thus far has been not being able to work with the players face to face, due to the “stay-at-home order” issued by the California Health Department. According to Arciaga, there have been several meetings between coaches and players over the online platforms of Google Meets and Zoom, but it has not been the same as communicating in person.

Regardless of the difficulty the coaches and players faced by not being able to work in person, Arciaga and Albright have expressed their optimism to overcome these challenges and work around what happens for their season.

“It’s a challenge that we are all going to have to overcome to see what happens here with the stay at home orders,” Arciaga said. “We won’t officially evaluate anyone until we see them in person, [but] I feel confident that we are going to have a football season in athletics, but I think it will just be a little different than what we are used to.”

Off the field, Arciaga also mentioned he wants to promote a football culture that extends past the team members, so that the players can set an example as representatives for the BVH community as a whole.

“From a program standpoint, I want Bonita’s football to be something everyone is proud of, from the school, the local community and the kids and parents. I want [the players] setting a good example on and off the field in the community, classroom and social media. They need to understand that their actions are not just about themselves anymore, it’s a reflection of the entire program,” Arciaga said.

Arciaga adds that he finds comfort working at BVH where he has worked with many of the football coaches before and has personally been a player on the field.

“I just think it is great to be home. I grew up in Bonita and I live here now, I went to Bonita, my kids will end up going to Bonita. Bonita is home for me,” Arciaga said. “I definitely was not planning on coaching this year and was here to support Coach Kirkland, but obviously with him abruptly resigning, this opportunity came up and after talking to my wife and some other people, this seemed like an awesome opportunity to give back to a community that gave me so much.” 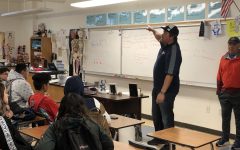 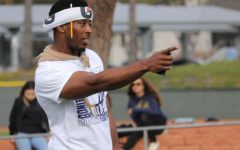