For most of the time that I’ve been isolated in quarantine, I’ve been moving and experiencing whole new worlds. Most recently, I’ve been in Iran witnessing the historical 1979 Iranian Revolution from a seemingly childish and innocent perspective. I have also been in India witnessing the political turmoil and glimpses of the harsh, preserved social structure held onto by a nation. And while these stories I tell of are fictitious to an extent, the events and emotions portrayed through them are not. All of which was made possible by the advent of literature.

This admiration and interest in literature have been a recent development of mine. For the beginning few days of my self-quarantine back in mid-March, I had what I liked to believe was the same options for entertainment as any other kid at the time: social media, television and video games. I tried diversifying all of those options until I reached a point where they had all gotten repetitive.

Yet, as melancholic as the mood of my days were reaching, I still hadn’t thought of reaching for a book to pass my time. That was until I was reminded of my upcoming work that I had been assigned just a few days before I had left school, one of which was a reading assignment given to me for my Literature class.

The reading in question was A Wild Sheep Chase by Haruki Murakami, a quasi-detective novel following an unnamed narrator and his adventures in 1978’s Japan. It was a book which I knew little of other than that I was going to be formally assigned to read it upon returning to school. However seeing as my spring break had been extended indefinitely, an almost audible and assertive “why not” was heard in my head, and I began my search for the text.

Despite the initial motivation, I was left with the issue of how I would be able to read the book with no physical copy, as public libraries were closed due to the escalating COVID-19 pandemic. So, I adjusted as such to the changing world and located the book on the internet. It was difficult finding a site that was not a facade or an unreadable string of text. But eventually, I found what I was looking for, and I started to read.

As I read I did not read with the intention of understanding the introspective look on how apathetic and detached one could become, I had simply read to comprehend its plot and nothing more. However, as I continued, chapter after chapter, I found myself reading another line after another without losing fatigue. In fact, quite the opposite occurred: I felt continuously stimulated to take in every next word, only yielding to punctuation.

A good book is not something that one must hurdle over in order to pass an exam or get a diploma. A good book can help one gain a more sincere perspective into the lives of others and conceive a better understanding of the similarities and differences between oneself and the people around them. 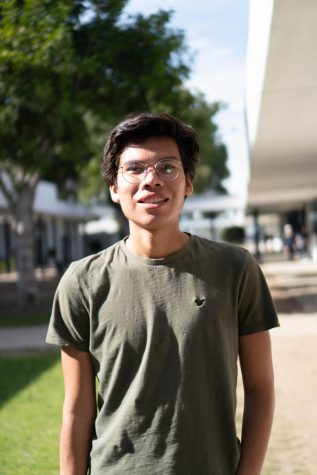 I’m currently a junior and photographer for The Crusader. As a photographer, I love fine art and finding the aesthetic in the most uncommon of things....