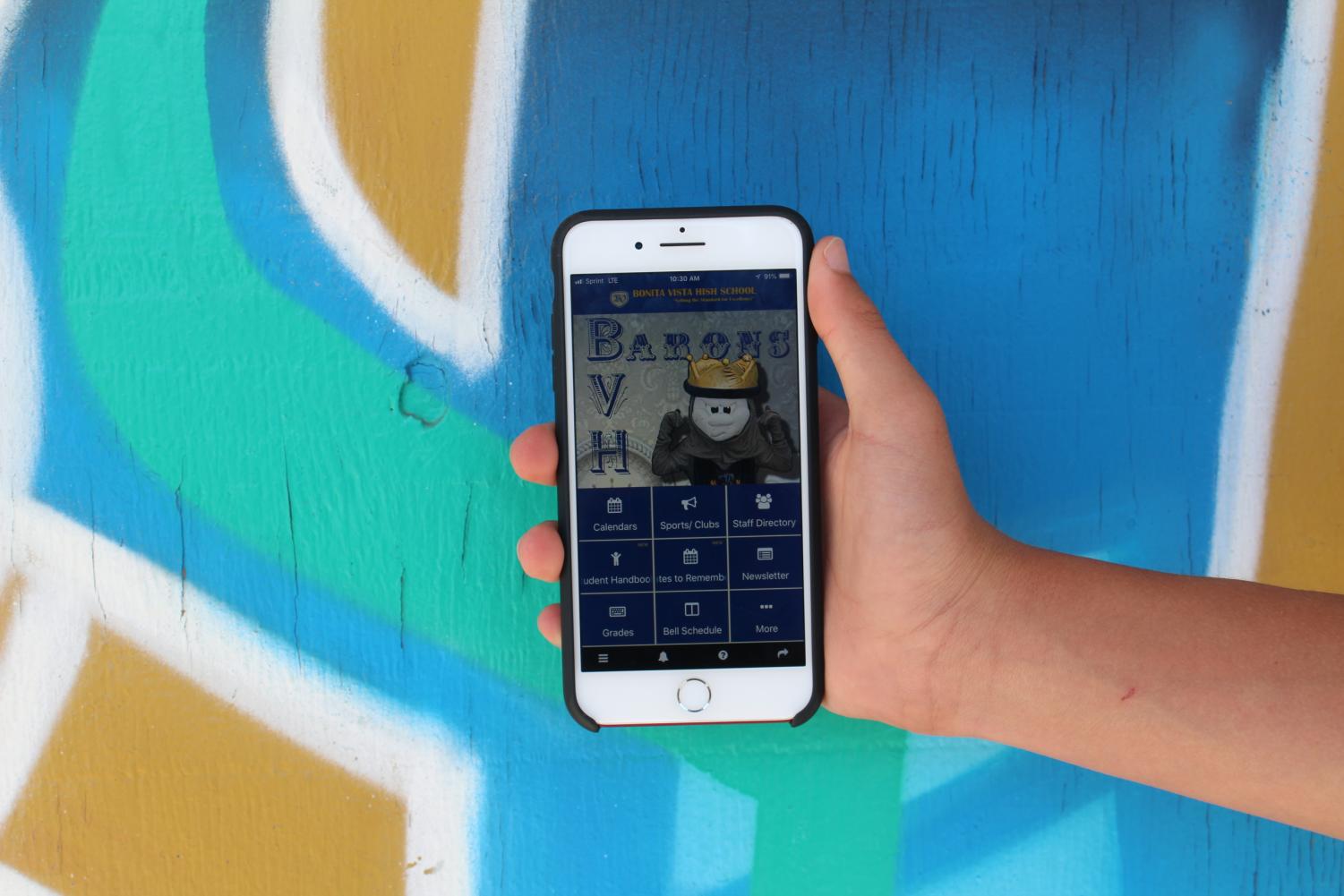 Sorry, there are no polls available at the moment.
As of August 2018, students, staff members, parents and the overall Bonita Vista High community have access to an app that provides instant access to school-related information.

BVH is among four schools in the Sweetwater Union High School District to pilot the app-making system, the other three schools being Bonita Vista Middle, Mar Vista High and Mar Vista Academy. This app was created under a contract with the company MobileUp.

“[MobileUp] specialize[s] in creating handy apps for schools. The idea came from the district office and this year is considered a pilot year,” BVH App and Community Newsletter Manager Aram Abdulla said.

The app presents the viewer with several options when it is first opened. One of Abdulla’s favorites is the Clubs/Sports function which can be used by BVH appointed officials to send out notifications.

“I think the most useful thing about the app has to be important events in regards to school, dates to remember and maybe announcements when it comes to the schedule. I probably use it the most for bell schedules,” Andruw Preciado-Ramirez, a sophomore who downloaded the app said.

If clubs or sport teams wish to utilize the app to send notifications to players and their parents, they can contact BVH teacher Oscar Gracias, one of the creators of the app. Gracias can then give the coach the ability to send messages through the app.

“It is very important that people sign up because based on this we can send target-specific notifications, for example, to all parents, or all students only. In a recent feedback form that people filled out through the app, I received a lot of positive feedback regarding the notifications, people are loving the on-screen reminders,” Abdulla said.

As of Sept. 13, Abdulla had received notification of  “865 lifetime app installs” regarding the app. According to a poll of 941 BVH students conducted by the Crusader on Sept. 13, 31.4% of students were aware and 68.6% unaware of the BVH app. Gracias believes that the BVH app is easier to navigate than the school website.

“A lot of people opt out of laptops, but they don’t opt out of a phone for different reasons: the versatility, the flexibility the ease of it and it’s just a lot more intuitive for a lot of people to use. They were probably more inclined to use the app on a phone than a website on a computer, although some parents do prefer a website. I think the app is a lot more convenient,” Gracias said.

The app can be used to access important dates, a calendar, the student handbook and school newsletters. Additionally, when a user signs in as either a student or parent, their notifications and app features are tailored to their needs.

“As you may have noticed, the first thing you see when you first open the app is a “Sign Up” button. It is very important that people sign up because based on this we can send [the] target-specific notifications, for example to all parents, or all students only,” Abdulla said.

Preciado-Ramirez chose to download the app once he received an email through JupiterEd advertising it.

“I think it’s a good idea especially because students are very technology-oriented these days so it allows for students [to] integrate that with their school,” Preciado-Ramirez said.

According to Preciado-Ramirez, some teachers also advertise the app in the classrooms, such as his English 10 Accelerated teacher, Rosamaria Sias. Other teachers like Dance Teacher Christine Timmons uses the app in her classes. She recommends to the students in her dance classes and in the Get to the Pointe Dance Company to utilize the app, but also communicates through JupiterEd messages.

“Currently, the app management system we use is very limited and major changes have to be done through the MobileUp company. It’s still a work in progress, but in my opinion, the app has limitless possibilities,” Abdulla said.